The N11 section 10 from Middelburg to Loskopdam passes through the spectacular mountain scenery en route to Limpopo. HHO was appointed in 2010 by Sanral to undertake the upgrade of the road.

Apart from being a transport route for heavy vehicles, it also forms part of a tourist hub. The Forever Loskopdam is a main attraction together with the various wildlife reserves nearby. These reserves are home to more than 70 species of wildlife, including the buffalo, leopard and white rhino. 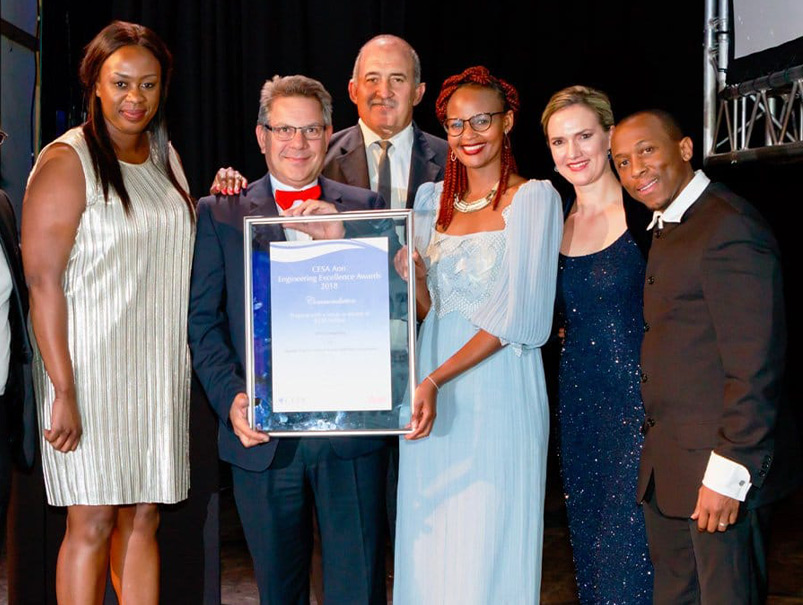 The road upgrade was needed due to the deteriorating condition of the narrow 7.0 m surfaced roadway. The upgraded roadway is 12.4 m wide over most of its length. In the Kranspoort Pass, the roadway is wider, allowing for four lanes.

One of the main objectives of the project was to include safety features in the pass, as many lives have been lost in this dangerous section of the route. Safety features provided on the project included the straightening-out of tight bends, the installation of two arrestor beds, as well as the provision of concrete barriers.

There are a total of eight major cuttings within the pass, with height of up to 40 m and cut slopes as steep as 75 degrees. In order to protect the future road users against falling rocks, various slope stabilisation methods were used. Soil nail anchors with mesh draping are provided along the higher quarzitic sandstone cut case, while tied-bank 8 m to 10 m high gabion walls are provided in the weathered dolerite sections. Rock traps of 4 m to 6 m wide and concrete barrier walls are provided at the foot of the cuttings. The project delivered high-quality infrastructure which integrates perfectly with the surroundings and provides the traveller with a safer passage.