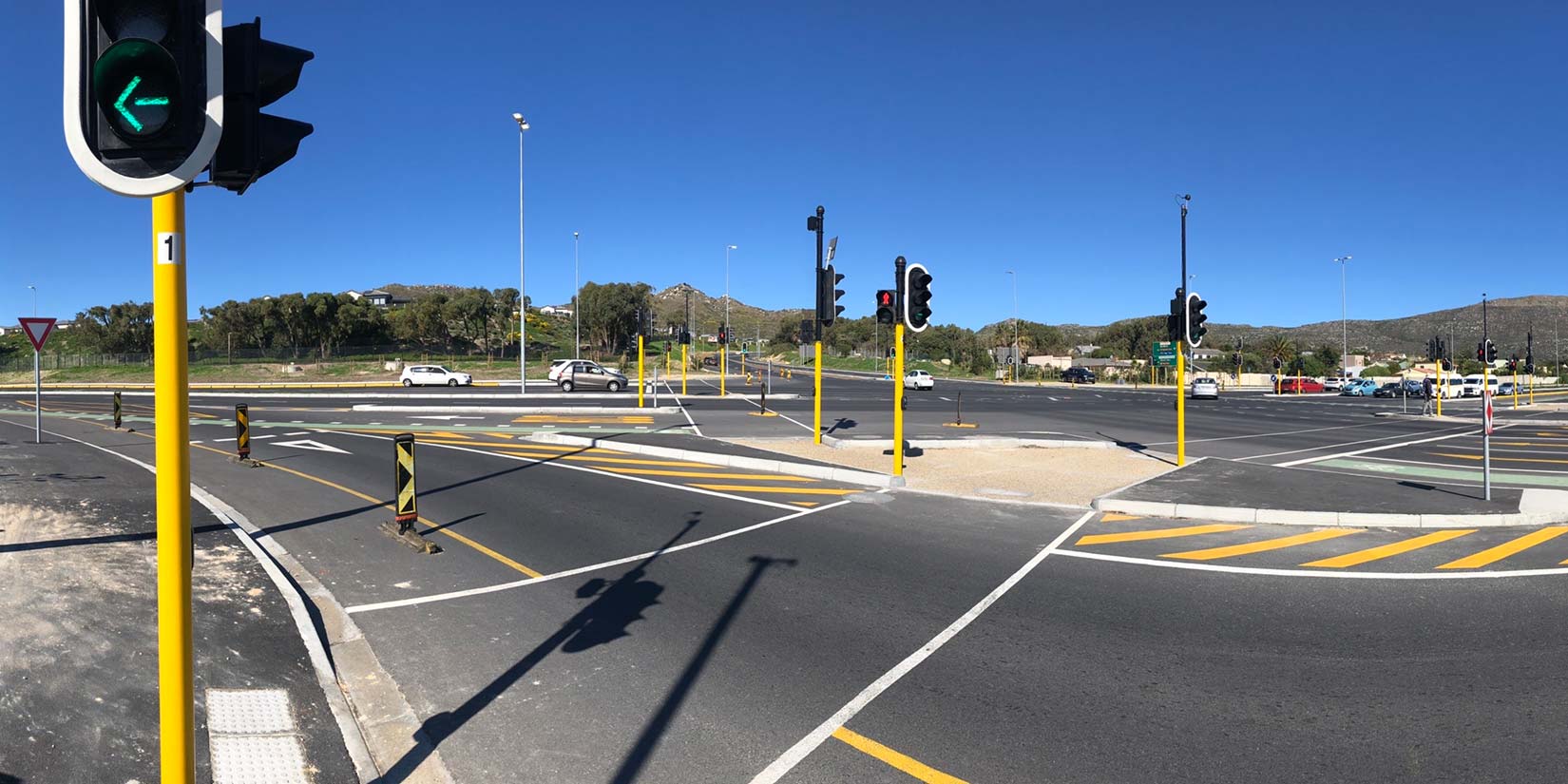 Over the past three and a half years, the City of Cape Town has invested approximately R256 million in the Kommetjie/Ou Kaapse Weg road project, which will assist with traffic congestion relief for vehicular road users and pedestrians.

From new water reticulation chambers and retention ponds, to upgraded intersections and new non-motorised transport facilities, the road upgrades and improvements are eye-catching. We, at HHO Consulting Engineers, are thrilled with the outcome and it has been well worth the time it has taken to complete. The overall project design and outcome has included:

There is a high demand for non-motorized transport facilities, or NMT’s, within the project design area, and, as a result, a total of approximately 15 000m2 of NMT paved area has been constructed. A combination of sidewalks and cycle lanes provide safe and considerate access to those commuting along Kommetjie Road to the nearby malls and industrial shopping facilities.

Amongst the new NMT facilities and the vehicular road user lanes, lie newly planted trees and shrubs, which form a part of the indigenous landscaping contract. Red flowering gum trees, or Corymbia (Eucalyptus) ficifolia, were planted to replace the gum trees that were originally removed for road widening, and will serve as a bee foraging resource for the local beekeepers. Other landscaping includes the planting of indigenous and ‘shrubby’ trees, indigenous shrubs, indigenous groundcover plants, mixed grass and fynbos seed and sour fig cuttings.