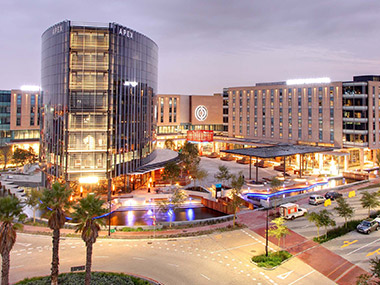 Century City Square, the new all-green commercial and hospitality hub of Century City, received the prestigious SAPOA Property Development Award for Innovative Excellence in the mixed use category at the 2017 SAPOA Convention in Cape Town on Thursday, 22 June 2017. The R1 billion development has also been awarded a 4-Star Green Star – Custom Mixed Use Design rating by the Green Building Council of South Africa. It was the first development in the Western Cape to be awarded this rating and only the second in the country. hho congratulates our client, Rabie Property Group, and is proud to be part of the team that delivered this project.